One Running Shoe in the Cookie Jar … America Runs On … 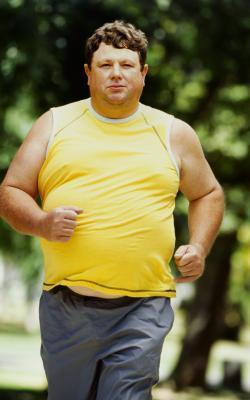 Several weeks ago, a group of brilliant researchers released a study that stated, and I’m paraphrasing, “running too much isn’t good for you.”  The outcome of the data is titled, “One Running Shoe in the Grave,”  It suggests that the benefits of running may come to a hard stop later in life.  In a study involving 52,600 people followed for three decades, the runners in the group had a 19% lower death rate than nonrunners, according to the Heart editorial. But among the running cohort, those who ran a lot—more than 20 to 25 miles a week—lost that mortality advantage.

Thankfully, there are naysayers regarding the research. “The guys advancing the hypothesis that you can get too much exercise are manipulating the data,” said Paul Thompson, a former elite marathoner and nationally renowned sports cardiologist at Hartford Hospital. “They have an agenda.”

I don’t know who has what agenda.  Hearing this debate in my Running LinkedIn groups grows tiresome.  Here’s my big issue with the study.  Nowhere in anything that I read did it talk about nutrition.  All of us would agree, Americans have failed miserably in the diet and nutrition category. We brought you such things as fast food, factory farming, all you can eat buffets, giant-size it.  One must not assume that because a person is a runner, they have a good diet.  I see plenty of high-metabolism lean runners with terrible diets and just as many overweight runners who got short changed on the metabolism.

I’m averaging about 25+ races a year.  NEVER have I been to a race finish that’s not pushing free donuts, muffins or bagels.  Luckily, I can get my hands on a banana and more often, coconut water.  But even the running community, as healthy as they want to be, does not run on the best nutrition.  I’m afraid, runners, like the rest of America, Run on Dunkin.

For those of us, however, who run long and hard and fast, and eat well, I say … study this.

A Penn State Wrestler turned avid short and long-distance runner, Dean enjoys competitive 5K and 10K races on the weekends, long-distance ultra relays and the occasional off trail adventure in far away places. His discovery of Ragnar Relays has been a catalyst for launching this blog, 40,000 Miles on Foot. If you find yourself in Atlanta, give a shout and maybe will hit the road.
View all posts by RunnerX »
« Ragnar Relay … Running for Our Life.
Ragnar Napa … A Communal Experience »