Penn State Football … Only One Regret 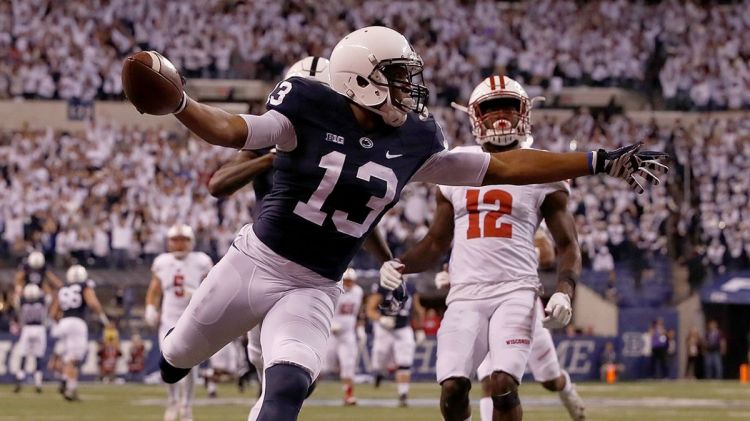 Hours ago, the College Football Playoff Committee selected their fearsome foursome — Alabama, Clemson, Ohio State and Washington. And in the hours that have followed, Penn State fanatics literally across the globe took two POVs — “one, we are thrilled with the way this team rose from the ashes of the “Out of Bounds Without The Need For Review” NCAA-induced sanctions, to a second group of diehards so frustrated with the outcome, they would not hesitate to storm the CFP castle.  As a former PSU jock, I’m somewhere in the middle.

Yes, Alabama unequivocally deserves the number one spot.  Yes, Clemson, the team that lost to the same Pitt that escaped a Penn State game-winning opportunity, earns the number two slot.  Of course, Ohio State had another amazing season, but showed vulnerability post its Penn State loss to teams like Indiana, Northwestern and Michigan State (who must have done a back room deal for a future recruit).  And Washington, a #14 ranked pre-season team that no one saw coming, also finishes a dominant season against a topsy turvy Pac-12 and a critically challenged, non-FBS competition.

I get all of that.  Four teams, three with one loss, one undefeated, all having great seasons.  And there’s Penn State on the outside looking in after what can only be described as a Cinderella season, as a historic, unprecedented return to greatness rarely seen in college football. Remember, this is the team, the school that wasn’t even supposed to get to play in a bowl or a championship.  Remember, this is a team whose recruitment classes in recent years didn’t stand a chance of ranking in the top 25, let alone top 50 because they had so few scholarships.  Remember, this is a team in its first full year of scholarships which doesn’t mean they have the depth of any other full scholarship team.  That will take a couple of years.

The regret.  The regret is that the CFP took the easy path, the safe path and in the end, they deprived Penn State, deprived the most loyal and resilient fan base in America, deprived college football fans alike and deprived every Cinderella wannabe of seeing if something so utterly impossible, could be achieved.  Sure, Alabama vs Penn State, a real slaughter.  That’s what they said about James J. Braddock when he fought and defeated Max Baer.  That’s what they said about the US Olympic Hockey Team when they defeated the Russians.  We never forget those Cinderella stories.  But this year, 2016, we will barely remember if Alabama or Ohio State wins, maybe Clemson for a few years and Washington for longer.  But if Penn State played and won, we would remember it for the rest of our lives.  That’s my only regret.

A Penn State Wrestler turned avid short and long-distance runner, Dean enjoys competitive 5K and 10K races on the weekends, long-distance ultra relays and the occasional off trail adventure in far away places. His discovery of Ragnar Relays has been a catalyst for launching this blog, 40,000 Miles on Foot. If you find yourself in Atlanta, give a shout and maybe will hit the road.
View all posts by RunnerX »
« Is There A Cinderella … Penn State’s Place In The College Football Playoff
A Post From The Future »